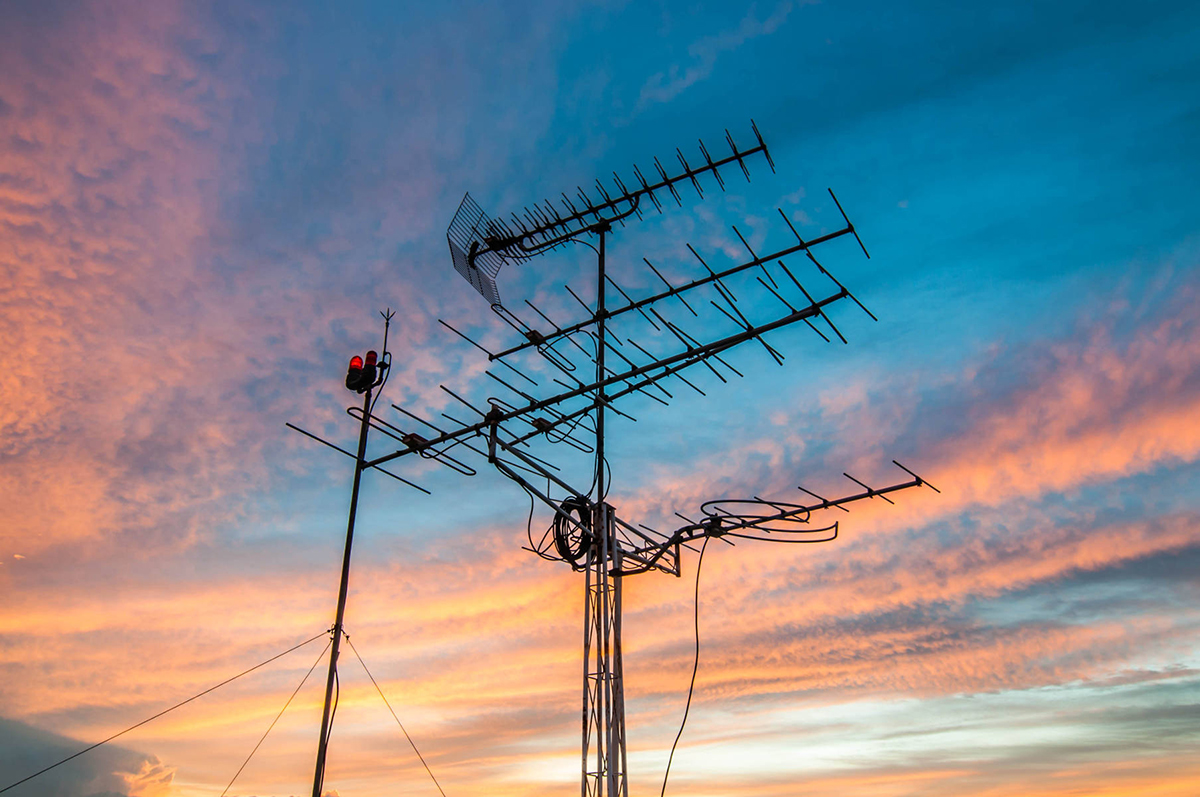 Imagine a lovely Saturday afternoon. You’ve just sat down, cracked open a cold one, and you’re about to watch Hull City beat Leeds, and then, out of the blue, your TV starts acting out. We’re pretty sure that’s not how you’ve pictured your afternoon going, isn’t it?

Before trying the good old not-so-gentle-tap method to try and fix your TV, maybe you should stop for a minute and ask yourself, is it really the TV that’s acting out? Perhaps it’s the antenna that’s gone haywire, and you need a new TV aerial.

But, how do you know for sure that it’s the aerial that’s making your Saturday afternoon miserable? Well, there are a few tell-tale signs that could indicate the need for a new TV aerial installation. Here are some of them.

One of the most obvious signs that you need to call up someone to check up on your TV aerial is when you turn on the television and instead of program appearing on screen, you get a few seconds to enjoy a system default message that reads something along the lines of “searching for signal”. Your TV shouldn’t search for a signal once you turn it on. The picture should appear right out of the gate, so if you notice this happening, it’s probably time for a repair or an upgrade.

Another problem that could happen while you’re trying to enjoy a peaceful afternoon of television is the TV signal coming in and out. To be fair, this could be due to various things, but in a majority of cases, it’s the antenna that’s making your life miserable. Fortunately, this is nothing that can’t be solved with a simple phone call – at least on your end. If you have a problem like this one, just give your local TV aerial installation and repair service a call and have them handle the problem for you.

Let’s revisit that ideal Saturday afternoon you got planned for yourself. Picture Hull City on the brink of scoring a goal against Grimsby, and instead you seeing it happen, you get a picture freeze. How frustrating would that be? The only worse thing we could think of is somebody turning off the TV just when your team is about to take the penalty. But, enough about football.

Image freezing can happen at any time, and just because it happens when you’re not watching something dramatic doesn’t make it less of a problem. Nine out of ten times, the freezes occur because there’s something wrong with the signal your TV is receiving. Now, while it is true that the problem could be on both ends, it’s less likely that your TV is causing the issue. So, if the program just freezes out of the blue – check your aerial.

Another relatively common problem that could indicate a faulty aerial is time skips in the program. You know what we mean, you’re watching something, then everything just gets glitchy, and the next thing you know, you’re four seconds ahead on your TV show, and you have no idea what happened. This problem is quite similar to the freezing one, only instead of being stuck on a single frame, you’re experiencing complete and total randomness on your TV screen. Once again, more often than not, the cause of this problem sits on your roof or wherever else your aerial is.

You’ll agree, most of the time spent in front of the TV is just browsing the channels until you finally get bored and just go back to watching whatever game is on or simply going back to browsing your phone and using the TV as background noise. Well, one of the problems that some people encounter while browsing through channels is that some of them are simply not working half the time.

While we do understand that most of the time, people don’t care because nobody watches all of the channels they get, but the thing that’s happening to a random channel could very well be happening to SkySports just as easily. So, don’t ignore this problem, and call up someone that handles TV aerial installation and have them fix it for you.

The picture isn’t the only thing that can start acting out if your aerial is due for a replacement. Another reason why you might need a TV aerial installation service is if the sound coming from your TV is broken. You see, the antenna receives a signal that carries both the image and the sound. So, even if there is nothing wrong with the image quality, there could be something wrong with your antenna, and you could hear the problem.

If you’re older than 30, you probably remember the days where one of your parents was in the attic adjusting the TV antenna, and the other one was in front of the TV, shouting from the bottom of their lungs whether the picture is good or snowy. No? Oh, it’s just us then, never mind.

Be that as it may, the snowy picture is a clear indicator of a faulty signal from the antenna to the TV. Sometimes, it’s just due to bad positioning of the aerial, sometimes it’s due to a connectivity issue, and sometimes it’s just because your aerial is due for a replacement. Either way, we don’t suggest that you re-enact the scene you remember from your childhood, and you leave the roof climbing to the TV aerial installation professionals.

As you can see, a faulty aerial can manifest itself in a plethora of ways. We’ve tried our best to point you in the right direction and tell you which signs to look out for, but we still can’t pick up the phone for you. So, unless you want to miss your beloved Hull City score on the bloody Mariners, you’ll call up the nearest TV aerial installation crew and have them solve all your TV-related problems for you.